The government of Uganda through the minister of Energy and Mineral Development, pledges to support EREA's objective of achieving an EAC Energy Union, Sustainable Capacity Building and the anchorage process with EAC Secretariat. 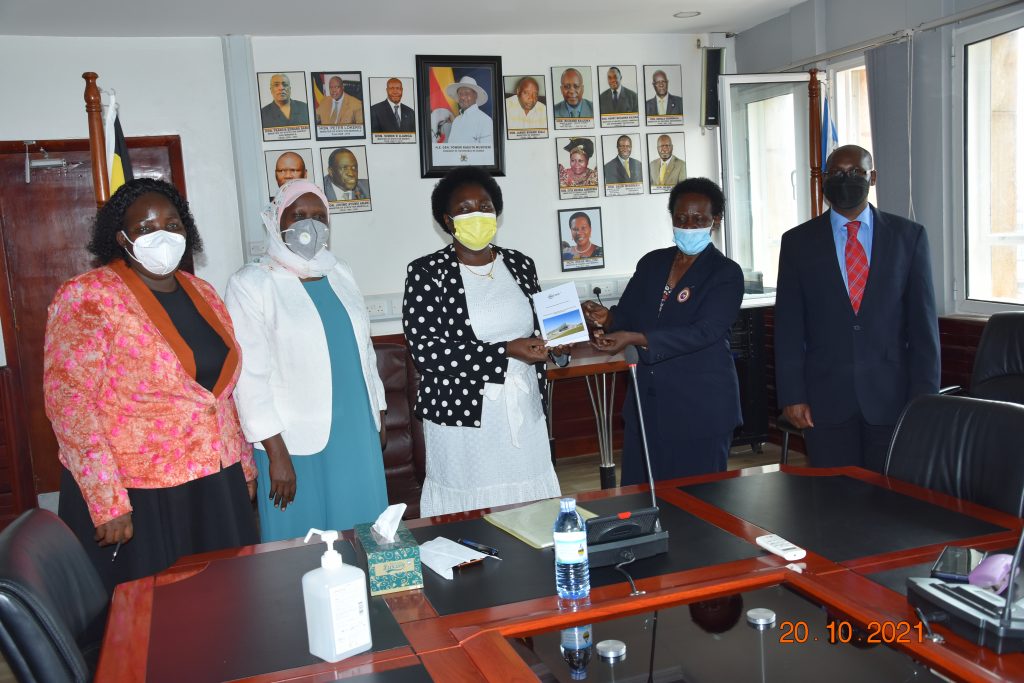 The Executive secretary emphasized the need for the partner states to work together to realize the overarching objective of establishing a robust EAC Energy Union; harmonisation of Energy policies, regulatory regimes, promoting effective utility regulation and developing the necessary regulatory frameworks for power pooling (energy trade).

Hon (Dr.) Ruth confirmed to have received both the Memorandum of Understanding (MOU) and a copy of the letter requesting EREA’s anchorage with the EAC Secretariat. She pledged to support the process and assured the Executive secretary of her full support.

The government of Rwanda through the minister of infrastructure, overwhelmingly supports EREA's plans for harmonisation of policies and sustainable capacity building initiative 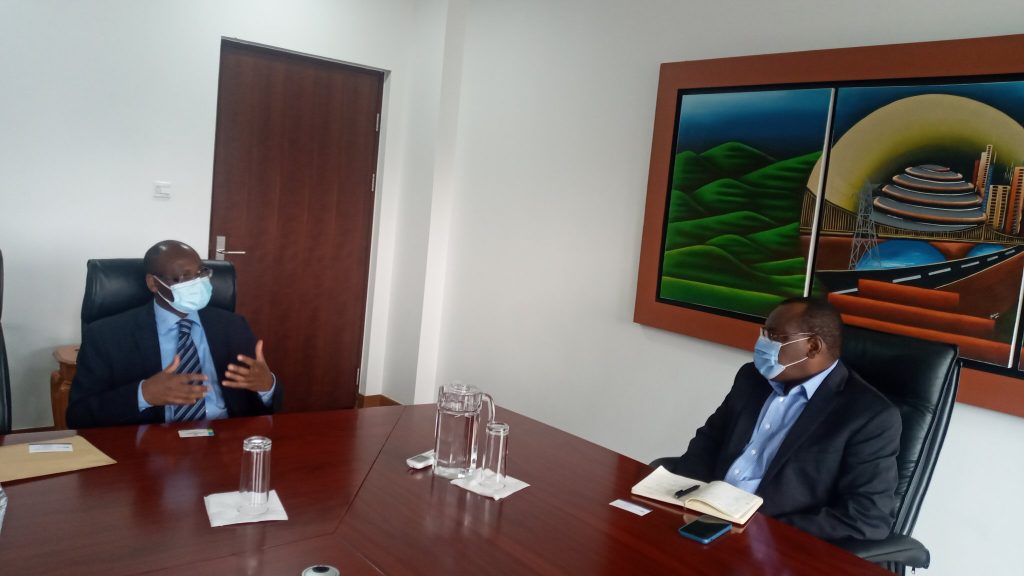 Amb. Claver Gatete urged EREA to expedite the harmonisation strategies of reducing Biomass in the region, thus protecting the environment, improve our cooking solutions & enhance carbon trade initiatives. He pledged to support EREA’s effort to harmonise the policies and spearheading sustainable capacity building by establishing a centre of excellence. Office of the Second Vice President of Zanzibar, Vuga, Zanzibar, Tanzania 26th August 2021: The Executive Secretary of the Energy Regulators Association of East African has received overwhelming support from the Revolutionary Government of Zanzibar to create an East African Energy Union and establishment of the Energy Regulation Centre of Excellence (ERCE) in Arusha, Tanzania.

Dr. Geoffrey Mabea made the remarks when he held a joint statement to introduce himself to the Second Vice President of Zanzibar in his office at Vuga in Zanzibar City.

The Second Vice President of Zanzibar Hon. Hemed Suleiman Abdulla commended the EREA leaders for their efforts in strengthening energy regulation in East Africa and promised that the Revolutionary Government of Zanzibar would continue to provide the needed cooperation. Hon. Hemed explained that there is a need for the community to look at how best to provide services in line with technological changes in the world to simplify the operating costs of such services further.

According to Hon. Hemed, establishing the institution will promote the region and develop skills and knowledge in the energy sector. Dr. Geoffrey Mabea, commended Tanzania through the Ministry of Energy for being ranked  the 3rd  country in Africa in the recently concluded survey by the African Development Bank Electricity Regulatory Index(ERI) 2020.

The ES indicated that a draft Memorandum of Understanding has been prepared which will be distributed to member states for comment, and upon completion of the Agreement will be sent to each member state for signature.

The Minister of Energy, Dr. Medard Kalemani pledged to work in partnership with the EREA and support it in its mission to develop the Energy Regulation Centre of Excellence(ERCE) in Tanzania. He further said that the Ministry of Energy, is ready to cooperate with EREA in carrying out its responsibilities for the benefit of East African countries, as these countries have been cooperating in various developmental matters.

He also asked the institution to finalize the draft Agreement on the implementation of its responsibilities so that it can be distributed to the respective countries so that each can give its opinion.

The purpose of the agreement is to give way for the development of the Centre of Excellence in Arusha Tanzania.

Dr. Mabea has called for embracing innovative technologies in our approach to regulation of the energy sector, especially when the pressure occasioned by the COVID-19 pandemic is impacting the region.

However, the Executive Secretary noted the effort made by ZURA in spearheading policy harmonisation in the region and encouraged the EREA members to continue with the sustained effort to make the East African Community Energy Union a reality.

The ES reminded the region that various interventions had been implemented to ensure that the policy harmonisation and capacity building programs are not affected. He applauded the EREA General Assembly for appointing ZURA to spearhead the Strategic Planning and Human Resources(SPHRC) Executive Committee.

Ministry of Energy  Kenya Headquarters, Nairobi, Kenya, 13th July 2021:  The Cabinet Secretary of Energy Energy in the republic of Kenya Hon. Charles Keter has pledged to support the Executive Secretary of the Regulators Association of East Africa(EREA), Dr. Geoffrey Mabea, in his effort to achieve a robust Energy Union.

Dr. Mabea, who paid him a courtesy call in his office emphasized the region to work together in the three main pillars; policy harmonisation, sustainable capacity building and information sharing. The ES informed the Cabinet Secretary, who is also the current chairperson of the Council of Energy ministers of the East African Community that EREA has already established an Energy Regulatory Centre of Excellence at its secretariat in Arusha but offering online courses on emerging issues in the energy sector. Dr. Mabea, presented the Concept Note for the institution and indicated upon securing the required fund from our development partners, the Centre of Excellence building will be constructed in Arusha, Tanzania.

Dr. Mabea was accompanied by the Director-General of the Energy Petroleum Regulatory Authority of Kenya-Mr. Daniel Kiptoo. The Director-general commended the Secretariat’s effort to operationalise the regional institution and assured the ES of his support in realising the three-pronged agenda.

They identified that reliable and affordable energy sources are critical to attaining all four stages of the EAC integration, namely the Customs Union, Common Market, Monetary Union and Political Federation.

Dr. Mabea said that energy drives everything today, including digitalization, adding that EREA was spearheading efforts to establish the East African Energy Union. The ES reiterated that EREA is harmonizing methodologies for arriving at tariffs across the region. The Executive Secretary disclosed that EREA had developed over 40 tools and frameworks to harmonize energy policies and tariffs in the region.

Dr. Mabea emphasized the need to move toward an East African Energy Union through sustained effort to harmonize the energy policies of the EAC member countries. The Executive Secretary pointed out the three overarching objectives: harmonize energy policies, capacity building for the energy sector in the region, and provide advisory and information sharing to enable EAC member states to facilitate energy trade.

EAC Secretary General Hon. Dr. Peter Mathuki emphasized the need to speed up the harmonization of energy policies in Partner states since energy is considered a driver and enabler of all sectors of the economy. The SG said that harmonizing energy policies in the region and making energy affordable was crucial to improving the business environment in East Africa and increasing its attractiveness as an investment and trade hub. Hon. Dr. Mathuki urged EREA to put a structured engagement framework to harmonize energy policies in the region. He advised the association to seek observer status at the EAC, especially on matters to do with trade, infrastructure, energy and investment.

The EREA CEO, accompanied by CPA Augustino Massawe, the Finance and Administration Lead at EREA, revealed that EREA has started plans to establish an Energy Regulation Centre of Excellence and sought the support of the EAC in making this a reality. 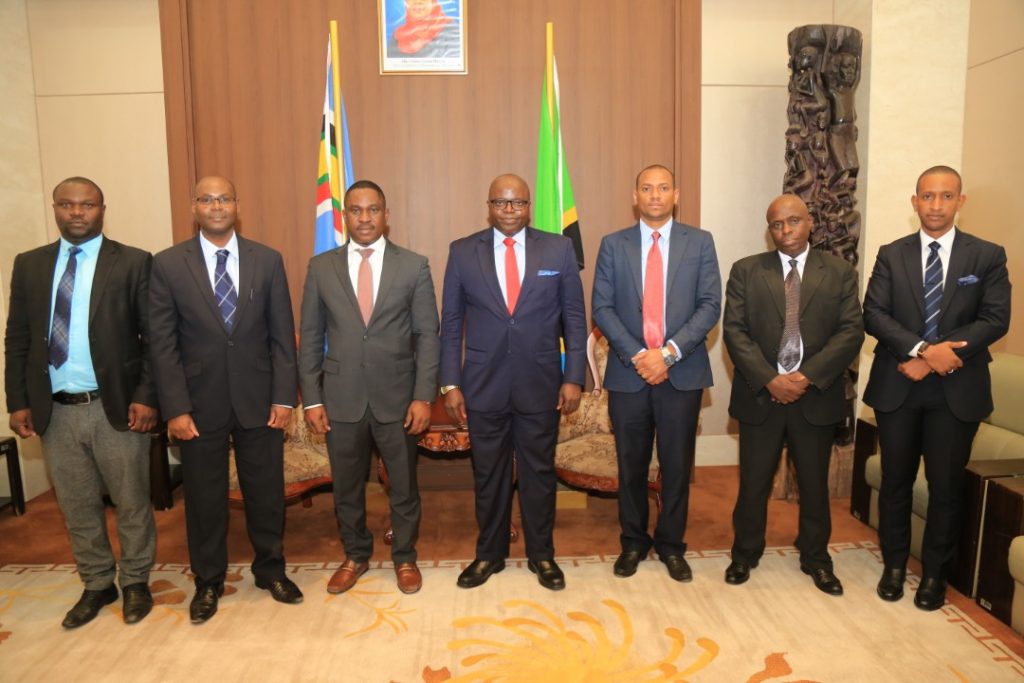 The Executive Secretary, accompanied by the Director General of the Energy Water and Utilities Regulatory Authority( EWURA), expressed his gratitude for the support received by the host country and the cooperation between the Ministry of foreign affairs and EREA. Dr. Mabea revealed the plans to establish the Energy Regulators Centre of Excellence in Arusha and urged the Ministry of foreign affairs to support EREA in this process. The ES explained the objectives of EREA and indicated that the regions stand to benefit from the harmonisation of the energy policies in partner states.

The Permanent Secretary, Amb. Brig. Gen. Wilbert Ibuge pledged to support the ES. He recommended having a tripartite committee composed of the EREA, the Ministry of Energy and the Ministry of foreign affairs to expedite the process. Among the priority area being to support EREA in securing land for the establishment of the school.

The PS expressed satisfaction in how EREA has been operationalised and insisted on sustained collaboration to achieve more remarkable results in regional integration. He also urged the ES to seek observer status with the East African Community.